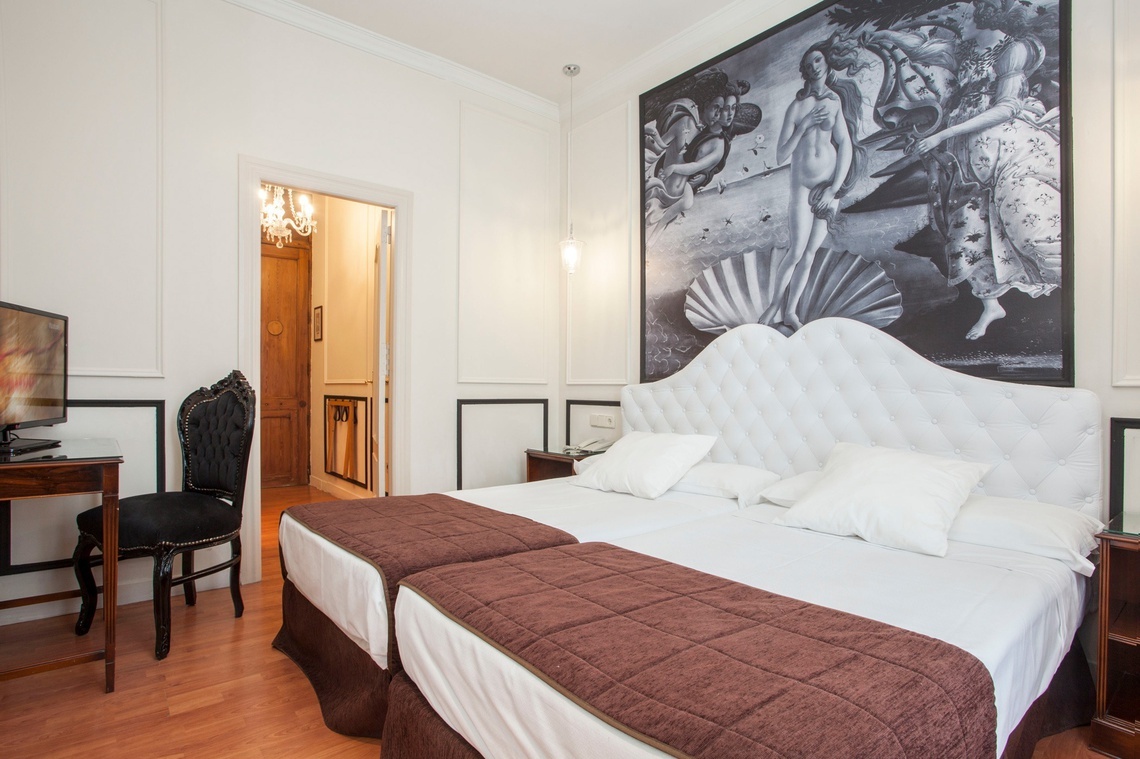 Casual Hotels exceeds two million monthly billing
Prensa · Press
by Casual Hoteles
Valencia, July 12 , 2022.- With a presence in 11 cities in Spain and Portugal and more than 200 employees, the Valencian chain Casual Hotels exceeds this June and for the first time the two million monthly billing.
The figure is specified in the 2,068,360.78 euros and the expectations for the current month of July not only contemplate exceeding it, but, in addition, it is expected that the new numbers reach 2.3 million euros.
"We have reached the budget forecast for the first half of 2022, after overcoming the deviations produced in the first quarter as a result of the Omicron variant", confirmed Juan Carlos Sanjuán Hernández, President and Founder of Casual Hotels.
The company, today, has recovered the figures prior to the economic break that these two years of health crisis due to COVID-19 have entailed.
Casual Hotels has a total of 893 rooms throughout the peninsula. But the intention, according to Juan Carlos Sanjuán, is to end 2022 with more than 1,000.
Casual Colors Barcelona (48 rooms), was the first opening since 2019 and since the beginning of the COVID-19 pandemic for the tourist chain, which already has 21 themed hotels and is present in 11 different cities between Spain and Portugal.
There are currently 21 Casual hotels in operation, with the last two additions in the Basque Country: Casual Arriaga (21 rooms) and Casual Mardones (9 rooms).
With them, Bilbao, which already enjoyed Casual Gurea (26 rooms) and Casual Serantes (7 rooms), will now have 4 Casual hotels.
A few kilometers away, San Sebastian has Casual de las Olas (61 rooms) and Casual del Jazz (25 rooms).
As the latest novelty, Casual Raizes (42 rooms), will open its doors on July 25, 2022 in Porto. Thus joining Casual Inca (61 rooms) and Casual Belle Époque Lisboa (28 rooms) in Portugal.
For its part, the Spanish capital offers Casual del Teatro Madrid (40 rooms), a single hotel as in the case of Casual Pop Art Benidorm (69 rooms), Casual del Mar Málaga (46 rooms) or Casual con Duende Cádiz (35 rooms ).
In Andalusia, the tourist influx of the capital has two options: the Casual de las Letras (31 rooms) and the Casual don Juan Tenorio (21 rooms).
Finally, the city where Casual was born and the one that, today, has the greatest tourist capacity, offers a total of 536 rooms spread over seven hotels.
Casual Dreams Valencia (62 rooms), under construction, will become the largest in the province after Casual Vintage Valencia (75 rooms).
And there would still be four more themed hotels in the Valencian capital: Casual de las Artes Valencia (62 rooms), Casual del Cine Valencia (43 rooms), Casual Socarrat Valencia (35 rooms), Casual de la Música Valencia (45 rooms) and Casual of Valencia Civilizations (19 rooms).
Casual Hotels was founded in Valencia in 2013 by Sanjuán, current president of the company and who is currently working to consolidate the financial position, reduce net debt levels and guarantee the future viability of the brand.
The company, which had to temporarily stop its activity in March 2020 as a result of the health emergency, will have 22 hotels open throughout the peninsula, in Spain and Portugal in July.

The elf of Cádiz center