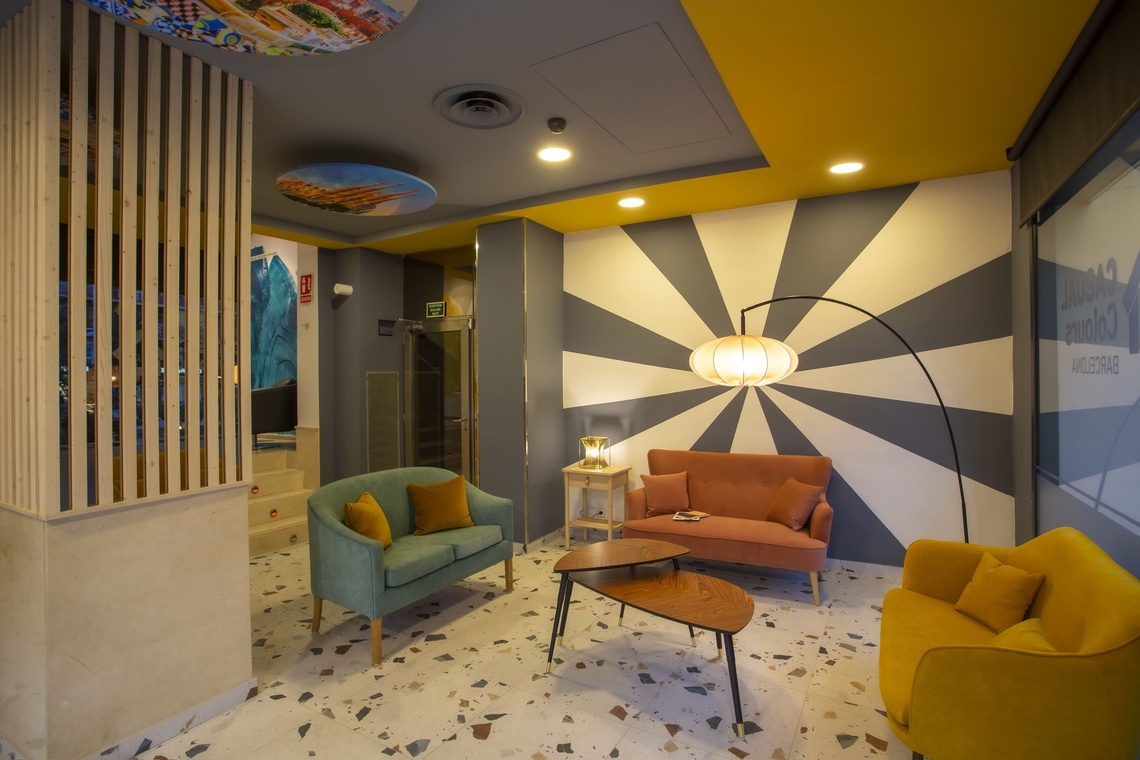 Casual Hotels reaches 7 million and plans to reach 25 hotels
Prensa · Press
by Casual Hoteles
The themed hotel chain Casual Hotels has today announced the opening of a new establishment in the city of Barcelona, in what is its first opening since 2019 and since the start of the COVID-19 pandemic. The hotel - whose name will be Casual Colors Barcelona - has 48 urban-style rooms following the model that the chain has been popularizing in the last decade. This new opening is part of the chain's strategy of consolidating its operations, after a period of effort in which the company has focused on reaching the billing ratios it had before the pandemic. The establishment has been themed and designed taking the history of Barcelona as a common thread, with the aim that visitors can bathe in the most magical aspects of the city through the rooms and common areas of the hotel. Casual Colors Barcelona is located in the Barrio de Corts, a stone's throw from Avinguda Diagonal, and close to Sants Station. The new CEO of the company, Francesc Holgado, explained: "I am very excited that my first opening as CEO of Casual Hotels will be in the city of Barcelona, the city that has given me the opportunity to grow professionally and to which I will be eternally grateful". The design of the hotel has been conceptualized by Raquel Sanjuan and executed by the Kalada company. “Barcelona is a cosmopolitan city, dressed in a mosaic of ranges and textures that transform spaces into a multicolored experience. That has been the experience that we wanted to transfer to each Colors space. We want our guests, nationals and foreigners, to be able to immerse themselves in the true essence of the city”, added Raquel Sanjuan. As in the rest of the Casual establishments, the hotel has a Save The Children room. Five percent of the income generated by this room is automatically donated to the NGO, according to an agreement signed between both institutions in 2018. Casual Hotels was founded in Valencia in 2013 by Juan Carlos Sanjuan, current president of the company. The company, which had to temporarily stop its activity in March 2020, as a result of the health emergency, currently has 18 hotels open in Spain and Portugal, as well as four new openings in preparation. Work now to consolidate your financial position, reduce your net financial debt levels, and guarantee your future viability.