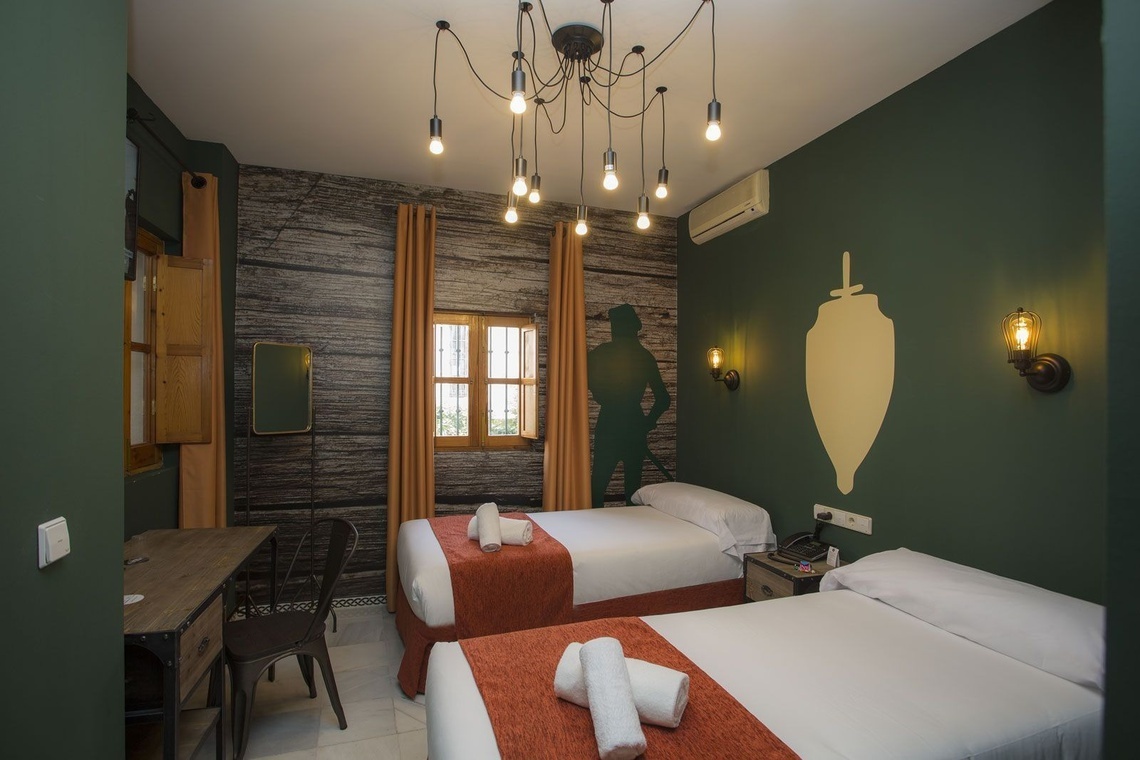 Our particular tribute to Don Juan Tenorio in All Saints
Noticias · News
by Casual Hoteles
The night of All Saints is dotted with carved pumpkins, horror costumes and the already established 'Trick or treat'. But beyond the traditions of Halloween, we find the custom of representing the classic Don Juan Tenorio in numerous theaters throughout Spain on the night of October 31.
For this reason, at Casual Hotels we want to pay our particular tribute to the character of the playwright José Zorrilla , after whom our Casual Sevilla Don Juan Tenorio hotel is named. Here we leave you some curiosities that will not leave you indifferent.
The tradition of performing the play on All Hallows' Eve dates back to the 19th century. There are various opinions as to why. What is certain is that in the second part of the work, death, ghostly presences and the salvation of the soul of the repentant take on great prominence. And all this in a gloomy setting where the dead come back to life. Today, the popularity of the work has made, for example, that the Royal Academy of the Spanish Language (RAE), includes the term donjuán as a seducer of women.
However, the premiere of the work, on March 28, 1844 , went quite unnoticed at the Teatro de la Cruz in Madrid. At that time, Zorrilla was going through a difficult financial situation and agreed to sell the Tenorio for 4,200 reales de vellón to the publisher Manuel Delgado. Today it is one of the most represented works with all kinds of adaptations. Of course, it has also been made into movies and television.
The work has famous phrases that you are sure to know, such as: "Isn't it true, angel of love, that on this secluded, purest shore, the moon shines and you breathe better?"
Did you know that the character of Don Juan Tenorio is not original to this work? It already appeared in 'El Burlador de Sevilla' by Tirso de Molina. But there is more. This one was already based on another work: 'So long you trust me' from 1617.
For the choice of the name of our downtown Casual Sevilla Don Juan Tenorio , we took into account the locations of Seville mentioned in the work. From the Santa Cruz neighborhood to the Plaza de los Venerables. Also the place where Doña Inés was kidnapped, which scholars place in the Plaza de Santa Marta or the church on Calle Calatrava. So if you want to delve into the work of José Zorrilla , nothing better than coming these days to visit us at Casual Hotel Don Juan Tenorio. We will wait for you!