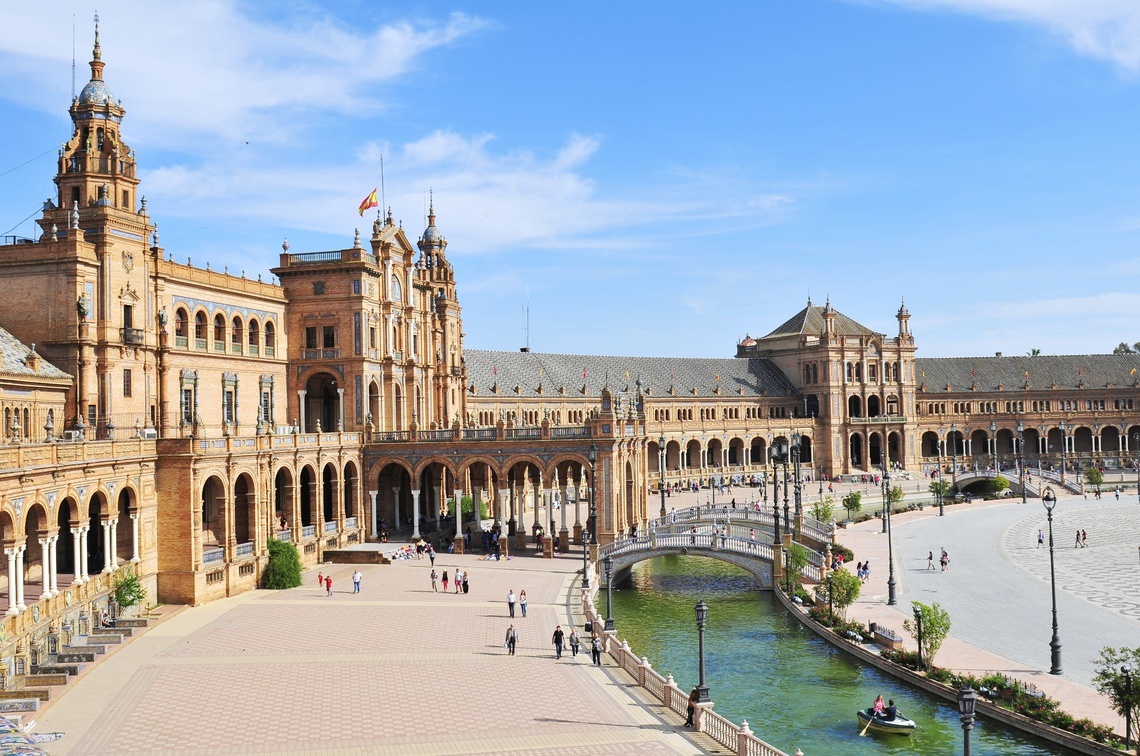 Route through the Seville of the Discovery of America (I)
Noticias · News
by Casual Hoteles
When Christopher Columbus discovered America in 1492, the world changed. And he did it forever. Seville became the true center of the commercial, social and cultural world: the Gateway to the New World. We propose a trip to discover the traces left by this profound transformation in the city with a tourist route with a lot of history. We will visit gardens, historic buildings, monuments, etc., which are part of the living history of this wonderful city. And that they have to do with the great Discovery of Columbus. We will precisely begin this journey, of about 4 kilometers and 10 locations, visiting the statue that pays homage to him, so, if you are ready, start your own discovery of Seville now. And remember, if the heat or fatigue takes its toll on you during the journey, we have our Casual Sevilla de Las Letras to rest or cool off. We await you with open arms and our best predisposition to make your stay much more pleasant. Let's start!

It is a circular fountain on which stands a pedestal with busts of Christopher Columbus and the Catholic Monarchs. It was designed by Talavera and executed by the sculptor Lorenzo Coullaut Valera.

2.Rectorate building of the University of Seville. C/ San Fernando, 4.

The building, the former Royal Tobacco Factory of Seville, was the first tobacco factory established in Europe. On its main façade we can find, among its decoration, a reminder of the time of the Discovery of America with some allusive reliefs such as the grinding of tobacco, sailboats and busts that represent Christopher Columbus and Hernán Cortés, as well as two Indians, one of them smoking in pipe.

The Royal Mint of Seville was the nerve center where the gold and silver of the time were melted down, which was later converted into marks and doubloons for later support of the European economy in the middle of the 16th century, the time of the conquerors of the New World.

The Casa de la Contratación was created to promote and regulate trade and navigation with the New World. It occupied a sector of the Royal Alcazar known as the Room of the Admirals. What survives today of the old Casa de Contratación is only a part of what it once occupied, such as the Admiral's Hall and the Audience Hall, which we can visit today in the Reales Alcázares.

5. Archive of the Indies. Avenue of the Constitution, s/n.

The Casa Lonja de Mercaderes de Sevilla was created as a commercial association to protect the city's commerce against the "non-bourgeois". The construction of a building for the headquarters of the Lonja would take place between 1584 and 1598 on the same avenue, next to the Cathedral, and it was chosen as the headquarters of the archive, a task that it performs to this day. This building would end up being the headquarters of the Archivo de Indias. The General Archive of the Indies in Seville would be created in 1785 with the aim of centralizing in a single place the documentation referring to the administration of the Spanish colonies, until then dispersed in various archives: Simancas, Cádiz and Seville. You can learn more about Seville in our Tourism in Seville section.