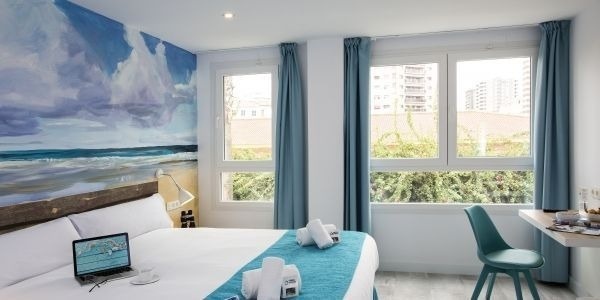 Casual Hotels offers medical insurance and massages to its chambermaids
Prensa · Press
by Casual Hoteles
Casual Hotels has taken a step forward in its firm commitment to the happiness of each and every one of its employees. The hotel chain will offer medical insurance or two monthly massages from a physiotherapist to its chambermaids. “We hope that our workers do not lose happiness. Our human resources policies are designed for this, with advantages adapted to each job: from distribution of benefits to flexible working hours”, pointed out the CEO of Casual Hotels, Juan Carlos Sanjuán. Thus, the hotel group establishes specific services for the care and improvement of the health of its 38 chambermaids and 4 housekeepers.
These solutions will help prevent possible musculoskeletal ailments that can arise from your usual tasks of making beds, pushing carts, carrying bags or vacuuming rooms. Even chambermaids who have been working at Casual Hotels for less than three months will have the option of receiving one massage per month from a physiotherapist. This philosophy contrasts with the reality suffered by many employees in the sector, who have even gone to the European Parliament to denounce their job insecurity. In this way, Casual Hotels continues its commitment to increasing the visibility of the role of women in the tourism sector, after the creation of the Women and Tourism Observatory, together with Womenalia.
Equality has been a maxim at Casual Hotels since the opening of its first establishment in 2013. Currently, 69% of its workforce is female and more than half of the management positions are held by women. Specifically, 53% of the chain's management positions are held by women. It has directors in two of its hotels in Valencia, as well as in Casual Madrid del Teatro and Casual Málaga del Mar. And three women lead the Revenue, Marketing and Finance departments. Sanjuán has insisted on the need to “support the leadership of women in tourism” and “adopt measures that facilitate the incorporation of women into this labor market”.