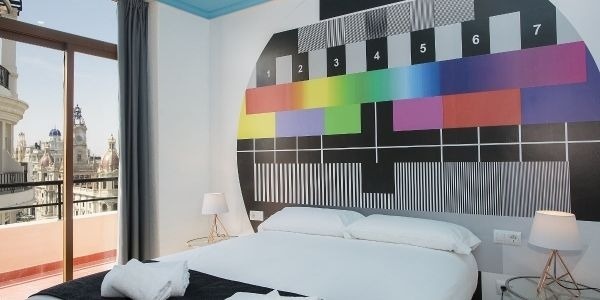 Casual Hotels, nominated for the Hostelco Award for the best hotel concept
Prensa · Press
by Casual Hoteles
The Casual Hotels hotel chain has been nominated for the 2018 Hostelco Awards in the 'Best Hotel Concept' category, as reported by the Valencian company. The award, which will be presented at the National Art Museum of Catalonia in Barcelona on April 17, recognizes the main hospitality professionals in Spain in the Hotel, Restaurant, Product and Professional categories.
The company currently has eleven fully themed hotels distributed between the cities of Madrid, Valencia, Malaga, Seville and Bilbao. It plans to open new hotels in Malaga, Ibiza and San Sebastian throughout 2018.
"Since I founded Casual Hotels, in 2011, theming has been a main element of our product. I am proud that this concept, that of themed hotels that enclose incredible moments and surprises for the whole family, is recognized in Hostelco ", has indicated the founder and general director of the chain, Juan Carlos Sanjuan.
The Hostelco awards jury, which is made up of 12 prestigious professionals within the industry, is chaired by Michael Nowlis, former director of the Waldorf-Astoria hotels in New York and Beau-Rivage in Lausanne, Switzerland.
Casual Hotels is a chain that revolves around comfort for the family that wants to get to know the cities they visit and technology in depth. In the hotels of the brand, the doors open with the mobile phone thanks to NFC technology, the "check out" is done by Whats App and all guests can request free portable WIFI, a portable battery and a selfie stick so they can go sightseeing "without missing a thing".
All the hotels have triple and quadruple rooms without extra beds, so that families "can share the same room, without having to pay more or be separated by a door." In addition, in August 2016, the chain became the first fully "Petfriendly" Spanish chain. Each hotel has several rooms dedicated to those reservations that come with pets.
The company invoiced seven million euros in 2017 and grew by 67%. Bet on the rental of real estate instead of the purchase, and the renovation of the historical buildings of the center of the cities over the new construction...