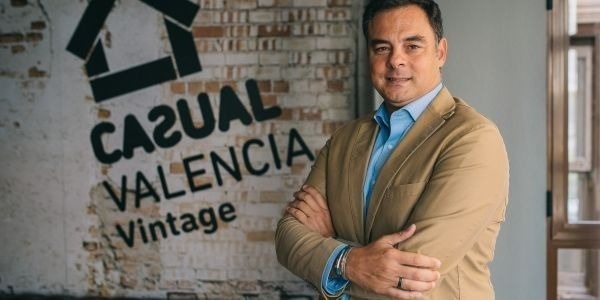 Casual Hotels will open its next hotel in San Sebastián in March 2019, in an operation of 8.5 million euros
Prensa · Press
by Casual Hoteles
The Casual Hotels chain will open its new theme hotel in the city of San Sebastián next March 2019, in a joint operation with Vita Real Estate, which plans to invest 8.5 million euros in its opening.
The hotel, which will be called Casual San Sebastián de las Olas , will have 61 rooms and will be located in Plaza Pío XII, in a 2,700-square-meter building that used to be occupied by Telefónica offices.
The remodeling works of the building, which have been underway since last summer, will be finished in February.
Practically all the hotel rooms will be doubles, some of which will have the option of becoming triples. Each of them will be different, and they are being designed by the chain's team of creators, at its headquarters in Valencia.
The hotel will represent 20 new jobs in the city and will be the chain's third establishment in the Basque Country, after Casual Gurea and Casual Serantes, which are in Bilbao.
“San Sebastián is a tourist destination where we had to be, due to its relevant Revpar and due to the international recognition that this city has, which seems wonderful to us" , explained the CEO and founder of Casual Hotels, Juan Carlos Sanjuán.
“For our company, the Basque Country is an important business focus where we see the future and great growth possibilities. We want to generate wealth and create jobs. Although the north of Spain is not yet fully connected, the opening of hotels like the one we are finishing will help tourism and citizens”, added Sanjuán.
Casual Hotels, founded in Valencia in 2013 and which only sells themed rooms, plans to open two new hotel beds in Spain in the coming months.
Specifically, it is preparing the opening next May of the Casual Cádiz de la Alegría hotel, which will have 35 rooms, and in Malaga it hopes to open a building with 21 apartments in September 2019.
Currently, the company has 11 hotels: one in Madrid, two in Seville, five in Valencia, two in Bilbao and another in Malaga, which is called Casual Malaga del Mar.
By mid-2019, the chain will have 950 rooms . In an ambitious expansion plan, the company plans to open 15 new hotels in Spain, Portugal, Italy, the Netherlands, France and the United Kingdom before 2022, a year in which it expects to bill more than 40 million euros.
The expected turnover of Casual Hotels for 2018 will be around eight million euros, 23% above last year's turnover.